7 Ways to Pick Yourself Back Up After a Major Failure 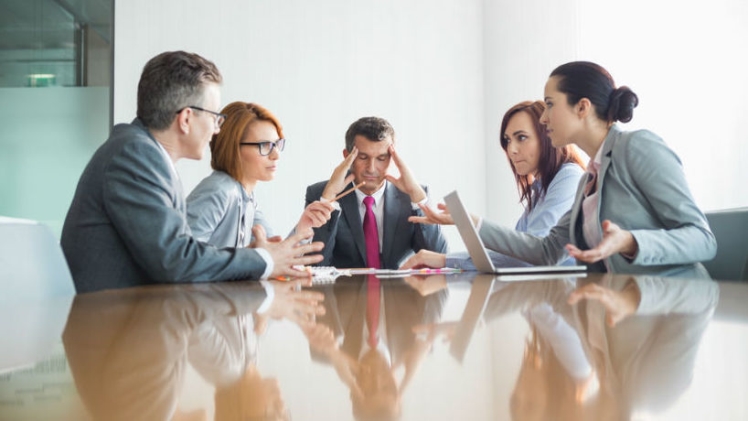 Those who experience a major failure have two options, give up or try again. The choice separates the individuals who keep trying from those who pick a different path.

The following are seven ways to pick yourself back up after a major failure.

In business, a major failure includes an inability to pay the bills, creditors, and employees. Financial failure forces the business owner to shut down their company.

Missing a deadline, inability to close an important deal, and missing the market with faulty forecasts are other causes of significant business failure.

If you experience it, accept it. It’s the first step to picking yourself back up.

Every individual experiences defeat. The magnitude of the occurrence depends on their perspective. A high school quarterback who overthrows the receiver in the game-winning pass experiences a major defeat at that moment.

For others, failing to secure their dream home or the perfect career constitutes a major miss.

Therefore, the exact definition is personal. Nonetheless, it’s best to accept it.

Once you accept that the disappointment occurred, avoid sulking too long. The longer you sulk, the longer it’s going to take you to pick yourself back up. Allow yourself a short mourning period. Then, move on.

If you wallow in defeat too long, it becomes unhealthy.

In turn, the endorphins help your brain’s creativity function. In a tough period, improved brain function helps get you out of a funk.

If you unleash your creativity, you’re more likely to pick yourself up after a major setback.

Now you’re ready to analyze the failure. There’s no shortage of tools to help you during this phase. If you didn’t adopt technology and software to automate repetitive tasks, adopt them now.

For example, the customer relationship management platform offers a method to optimize the sales pipeline. In addition, it allows users to compile reports based on data.

The data allows you to learn from failure and pick yourself back up.

4. Learn from the Failure

It’s rare for an entrepreneur to get from their vision to reality in a straight line. The most famous entrepreneurs learned from setbacks. It’s the same for athletes, entertainers, and politicians.

Failure isn’t always obvious. Every time an actor misses their lines, they’ve failed. If they miss their lines in a live performance and can’t cover it up, it’s more obvious.

The difference between the actor whom you see in straight to DVD films and the one in blockbuster movies is overcoming setbacks.

When you learn from the setback, you understand what went wrong.

Learning from failure also means making improvements. If you want to try again, some things from the previous endeavor need to change.

Lack of financing is one reason why small businesses shut their doors. It’s normal to invoice clients on a 30-day term. However, it causes problems for companies operating on a tight budget. A solution to this cash flow conundrum is invoice factoring.

If collecting payments from clients was an issue for your company, check out this invoice factoring guide from Now Corp.

Picking yourself up after a major failure means gathering the tools to succeed the next time around.

After some soul-searching, you’re ready to make a choice. Some individuals move in a different direction. They take a sabbatical from entrepreneurship; they use their time to learn from a business industry veteran or mentor.

Other individuals re-group and re-commit. It took James Dyson 5,126 tries before developing the Dyson vacuum cleaner. More famously, it took Thomas Edison 10,000 prototypes before he created the electric light bulb.

Re-committing yourself after a major failure is a way to pick yourself back up.

Trying again is the ultimate way to pick yourself back up after a major failure. You can become the next Walt Disney, Milton Hersey, or Steve Jobs. You can also become someone who found their path in a different endeavor.

It’s worth finding out. Some individuals live in the past because they never found closure. Plus, trying again gives you an advantage. You have experience and knowledge on your side. Both are great confidence boosters.

Failure happens to individuals who aim higher than others. The trick is to pick yourself back up. A major failure can lead to the clarity you lacked the first time. It’s a great way to develop the resiliency needed to maintain a small business or grow a company into a corporation.