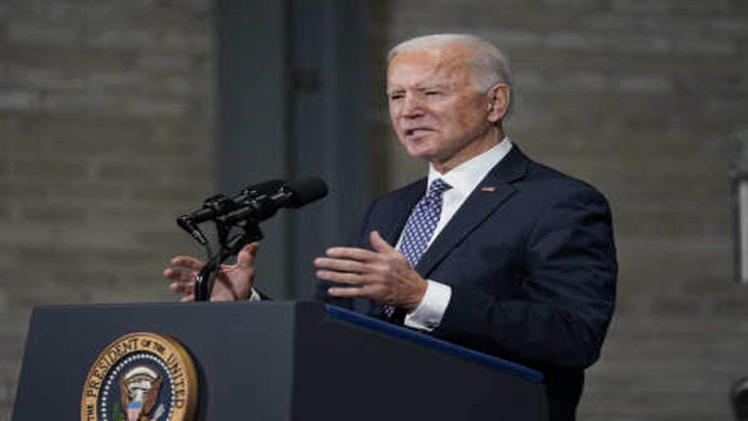 Biden’s caution probably has to do with his views on Hamas and the conflict in general. The president starts from basic principles, calculations and a frame of reference that may be a bit worn out.

Hamas is and will remain a terrorist organization for the US (and for that matter also for the EU). You don’t talk to terrorists, you take them out. That remains a principled principle for Biden as well. For Washington, a far-reaching destruction of the Hamas infrastructure in Gaza is therefore welcome.

To the extent that Biden would still have plans to revive the defunct peace process, a weaker Hamas would also suit him very well. Besides, no one can deny that Hamas is a barrier to constructive dialogue. In this conflict, too, Hamas has diverted attention from the struggle against the colonization of East Jerusalem – a struggle for which much international sympathy has begun to grow – and has given the Palestinian resistance a new coat of terror with missiles. Gone is East Jerusalem as the focal point of the Palestinian cause.

The reason for new crisis

Joe Biden is a politician of the 20th century, who gained a lot of international experience in the years 1980-1990. Those were the years of ongoing peace talks, the Oslo Accords and the push for a Palestinian state. Joe Biden remains deeply convinced of the two-state model, even as more and more people on both sides are now questioning its feasibility. What is striking in any case is that the Americans have so far been very careful and sparing with references to the Israeli colonization policy – the reason for this new crisis. The question is whether Biden wants to sufficiently see or take into account the changed reality of Israel and the West Bank – where a Palestinian state seems less and less viable and realistic. In a message on the occasion of Ramadan, he said that Palestinians and Israelis should be accorded “equal measure of freedom, prosperity and democracy”. At the moment, that pious wish seems very far removed from the real situation.

Biden may have hoped to reopen the conflict after a new government was formed in Israel. He might also have quietly hoped for a Prime Minister other than Bibi Netanyahu – because the latter’s relations with Barack Obama were in any case freezing cold. At the moment, however, it looks like new elections are already coming, and that Netanyahu may be able to go to the voters strengthened. So don’t write off King Bibi just yet.

After all, Joe Biden is a downtown politician through and through. And for US center voters, Israel is a reliable ally: at times a bit quirky or bold, but as “the only democracy in the region” you shouldn’t argue with it either. Biden is doing quite well in the polls, with 63 percent of Americans calling him a good president so far. He does not want to lose that gain in the center by listening to the noisy left wing who asks him for clear pro-Palestinian positions.