How long is the heroin detox process? 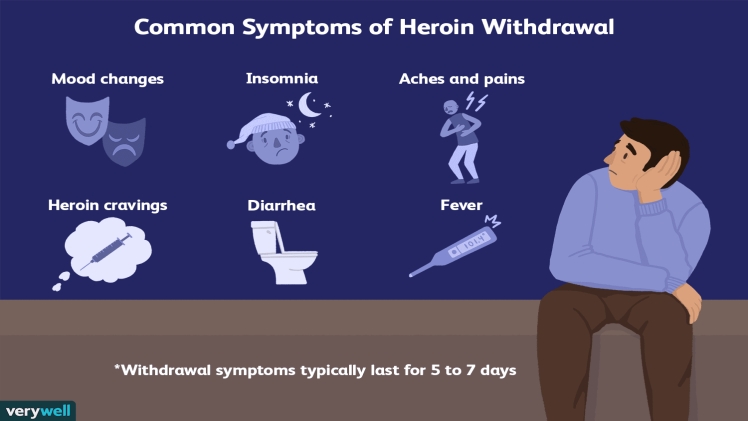 Heroin is one of the most addictive illicit drugs that is used all around the world despite having daunting effects on health. Its potency can cause patients addicted to it to experience an intense sensation of euphoria, and this particular drug alters the brain chemistry of a patient immediately. When this phenomenon occurs, patients become physically and mentally dependent upon the heroin intake. Dependency on such an extremely dangerous drug causes individuals to need more of this particular drug in order to function normally in daily life. A patient can suffer these conditions after just one intake of heroin, at this point, an addict who is abusing heroin isn’t indulging in this to experience a high any longer but to avoid the intense and extremely painful withdrawal symptoms that arise. A patient’s body quickly metabolizes heroin. Typically, the body flushes most consumed heroin out in as little as a couple of hours. That said, dealing with the after-effects of substance abuse can take longer. Medical detox plays a tremendously important role in providing professionalized detox from drugs. Therefore, a common question that occurs is how long can it take to detox from heroin at a heroin detox center?

Who requires detoxification from heroin?

People from all demographics and walks of life indulge in heroin abuse to obtain various benefits according to their specific needs. In the past, heroin was substantially less, Due to modern-day stress and anxiety people often find an escape from reality in drugs. Detox treatment centers cater to patients suffering from all types of drugs and provide specific detox for drugs. For many, prescription drug addicts and prescription pain medicines like opioids heroin often become cheap and easy to acquire gateway substitute drugs.

How much time does heroin detoxification require?

The primary factors determining the length of time required in detox from drugs include age, gender, weight, medical history. Additionally, the type of substance, amount of consumption, time period of heroin abuse are important factors to determine the duration of detox. Doctors can customize long-term action plans to help patients recover quickly and live a sober life. A detox plan is different for each individual. However, a typical detoxing process most likely takes four to ten days.

After four to ten days, most patients succeed in defeating the physical dependency on drugs. An individual can start the new day without having to deal with withdrawal symptoms. A patient’s body doesn’t depend upon drug intake to survive and function properly. This allows patients to end the psychological addiction by continuing the treatment of detox for drugs. It’s tremendously important that the patient must not fall victim to false urges and must not quit treatment. It’s essential for a patient to join a Mesa rehabilitation center to get professional help to deal with post-treatment complications Such as stress, triggers, post-acute withdrawal. In addition, enrolling in a rehabilitation center is crucial to prevent relapse after recovery.

Why can heroin detox at home be life-threatening?

Patients that do at-home heroin detox often fail in about two to three days Due to sudden stoppage of drug intake. Withdrawal symptoms kick in after 12 hours of the last intake and progressively get worse in the next two to three days. As a result, the pain gets unbearable, and psychological symptoms post intake makes patients relapse. Due to these daunting factors, a patient can put his life at risk by trying at-home heroin detoxification. In conclusion, it’s immensely necessary for patients to get professionalized treatment for drug addiction to achieve victory over drug abuse and to live a sober life post-treatment.