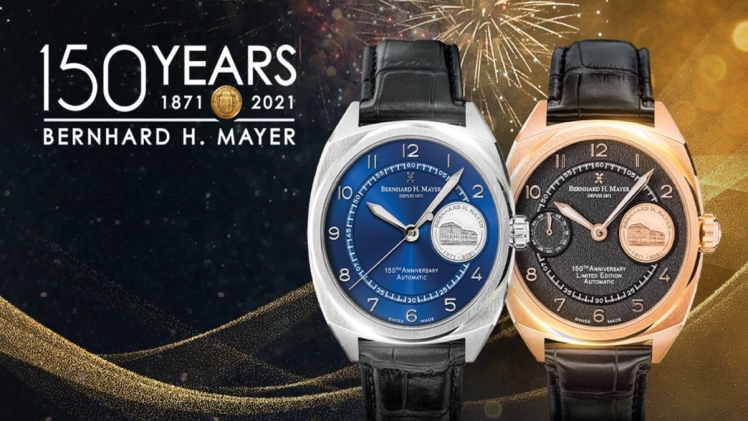 “We are confident that our customers and distributors will love these limited edition timepieces, which will become collector’s items in the future,” says QNET CEO Malou Caluza.

According to Bernhard H. Mayer’s official website, the brand upholds each handcrafted timepiece to its four “tenets of excellence,” including consistent quality, continual improvement, creativity, and the unrelenting need to always go the extra mile. It’s no wonder then that the brand adorned its latest timepieces with precious metals and materials. One features 18 karat rose gold plating and a black crocodile print leather strap; watchmakers carefully crafted the other with stainless steel and .999 silver. The silver is known as the world’s finest silver, as it is 99.9% pure. The two limited edition watches also contain a special logo on the rotor, commemorating the first Mayer factory building in Germany. Other features are, cleverly, less conspicuous: both timepieces have a case backing with mineral crystal and an engraved serial number.

Watch aficionados will need to act fast if they want to add the fine pieces to their collections. Bernhard H. Mayer only created 150 rose gold pieces—a subtle nod to its years in operation—while the production of the stainless steel timepiece was limited to 1,871, yet another significant number to the Mayer brand.

Founded in 1871, the family-owned company began in Pforzheim, a German city so synonymous with jewelry and watchmaking locals dubbed it the Golden City.

That’s where Founder Bernhard H. Mayer, a talented metal engraver, earned a reputation for his high-precision craftsmanship of precious metals. Within years of his early days, Mayer crafted the first-ever commemorative medals for European royalty and nobility.

In 1900, at one of the World’s Fairs in Paris, the company was awarded a silver medal for its commemorative coin to celebrate the new century. In 1936, officials for Germany’s summer and winter Olympics commissioned Mayer to produce the gold and silver medals for its winning athletes.

In the 1980s, the company expanded into watchmaking after releasing their first coin watch or watches that feature coins within their watch faces. The business later moved to Switzerland, where they have since made over 100 high-quality models of luxury watches.

In the mid-2000s, QNET began its partnership as an exclusive distributor of Bernhard H. Mayer luxury products. For more than 15 years, QNET has promoted the brand’s watches and jewelry to customers and distributors in more than 100 countries.

“The Bernhard H. Mayer brand has a particularly rich history and a custom for greatness that has stayed unaltered following 150 years, regardless of the many changes inside the actual brand,” said Caluza. “That is the reason this dedicatory assortment is so exceptionally uncommon in light of the fact that while it honors the set of experiences and the numerous ages of expert skilled workers who have left their engraving on the brand, it is also a modern take on a horological masterpiece”

Bernhard H. Mayer is part of the Federation of the Swiss Watch Industry (FH), in which members must adhere to the gold standard of the watchmaking industry. All Bernhard H. Mayer watches feature the “Swiss Made” label and are made according to the industry’s requirements and standards.

QNET is an e-commerce, direct selling company with an array of health, wellness, and lifestyle products. Their grassroots business model has helped create entrepreneurs in underrepresented communities in more than 100 countries.