Ronaldo and the return to Real Madrid. Wild idea, but everyone wants a new rivalry with Messi 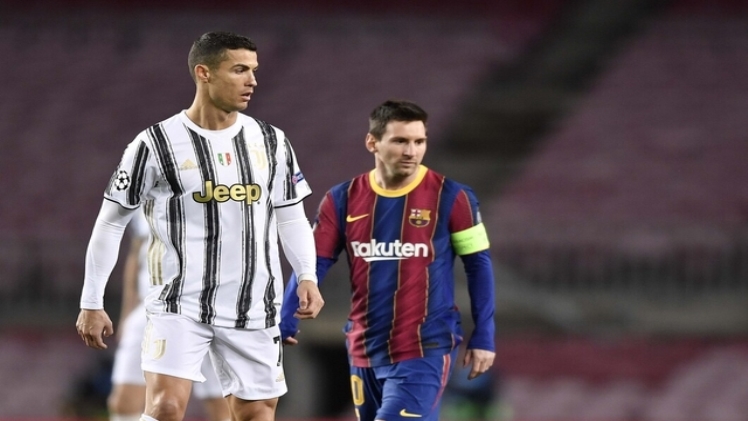 On Monday, Real Madrid announced another injury to Eden Azar, which the only recovered footballer received after playing 15 minutes against Elche. This is the 11th injury of the Belgian in two years in Madrid, and this is more than the number of goals scored by him (9). Of the 86 matches that Hazard could have played, exactly fifty have been missed.

If you are looking for a betting company, just sign up on 22Bet here and you won’t regret.

Real Madrid is painfully going through the process of generational change, Hazard has almost forgotten how to play football, and who left Madrid with a grudge against the leadership of Cristiano Ronaldo never found happiness in Juventus. The Portuguese was called for another Champions League trophy, but got three failures in the main European Cup. This season, when Juventus got the third coach since the transfer of the five-time Ballon d’Or winner, Andrea Pirlo, who had no experience, the team will win only the Italian Cup. By the way, the only trophy that has not yet been conquered by Ronaldo is Apennines. And, it seems, having taken it, the Portuguese with a clear conscience can say goodbye to Italy. In all the stadiums of this country, he has already scored, after three goals in the last round he surpassed Pele himself in career goals (767), so the mission is almost completed. And given that the star’s contract with Juventus expires in the summer of 2022, Juventus is unlikely to object to a beautiful parting, which will not only save on the salary of the 36-year-old footballer, but also make it possible to make money on the transfer.

Although, according to the latest data, we can even talk about breaking the agreement, which will allow the signing of Mauro Icardi, who is not too happy in Paris. Still, this scenario seems too commonplace for a player of this caliber. Ronaldo is still a liquid commodity on the football market, and there will certainly be people willing to buy it.

The primary source of information about the possible return of the Portuguese to Madrid is El Chiringuito host Josep Pedrerol. The closeness of the journalist to Real Madrid inspires confidence, and the essence is that Cristiano’s agent Jorge Mendes talked with representatives of the club about the future of his most stellar client. In Spain, however, they claim that Perez has not yet forgiven Ronaldo for his departure, which was announced immediately after the third in a row victory in the Champions League in 2018.

On the other hand, Ronaldo also had a grudge against the club. There were also problems with the Spanish tax services, which were resolved in the conditions of liberal Italian legislation. However, it is hard to believe that Mendes’ contacts with Real Madrid are only a private initiative of an agent, and time, as you know, heals. Maybe it will cure Perez too, because the president of Real Madrid has already returned Zinedine Zidane, although the beautifully arranged parting with the French coach was actually not the easiest one.