Why Do Tennis Rankings Matter? 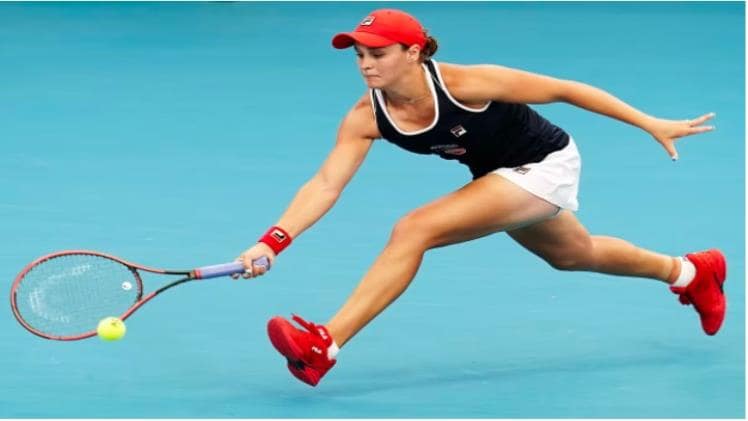 After a long wait of 16 years, Australia has finally got the world’s number one tennis player. The player is none other than Ashleigh Barty. Barty became the first Australian woman to make it to the top of the list since Goolagong-Cawley did it in 1976. A long wait for the Australian fans. But, the wait is over now. Barty became the first Australian to be in the position after Lleyton Hewitt in 2003. Her rise to the top of the list included playing cricket as well.

Well, if you look at the May 2016 stats you won’t find Ashleigh anywhere in the list of top tennis players, she was unranked. The player tried her luck and skills in the low level $50,000 tournament held in Southern England. After playing a few tennis matches she managed to secure a few points and came to the 623 ranks. But, by the end of the year, the player almost halved her rankings with her skills. In March 2017, Barty reached rank 93, after she won her maiden title in the tournament held in Kuala Lumpur. And by the end of the year 2017, she managed to get into the list of the top 20.

Barty played against the German Tennis star Julian Gorges and defeated him in June 2019. Just after the two weeks of winning the French Open. The Australian Tennis player was on the table. After winning the match Barty gave an interview and in the interview, she said that we always aim for being the best we want to be at number one. But, not everything is in our realm. We will be aiming for being in the top 10 this year.

We know what you might be thinking after reading Ashleigh’s story and the question that arises is how does the ranking system work in the tennis world? What are the differences between the winnings and losses made in the game?

If you compare tennis to other sports then you will find one major difference. If you win a trophy in other games it measures your success but in tennis, rankings mean credibility. Rankings matter in Tennis because the tennis tournaments are never-ending. There are four major tournaments that happen across the year and across the world. There are four opens that include the Australian Open.

The tennis players always have to defend their points while playing the tournament, if you think that the year-end rankings hold the most of the weight then you are wrong my friend. If you talk about the seasons then for men it ends in the month of November with the WTA Finals and for Women, it ends in October. Rafel Nadal is currently the world’s number 1 tennis player, the tennis star has earned this title for the fifth time.

You can say that being on the top of the list is a blessing as well as a curse. If you have never won any major then you will be given the title “best-player-yet-to-win-a-major”. Don’t believe us, we have got you an example as well. Dane Caroline Wozniacki never won a grand slam until the 2018 Australian Open. She won it after eight-year after reaching the top of the list.

The ranking of the tennis player is determined by the number of points that they have collected in the previous 12 months. The rankings of the tennis players are recalculated every week and published to the world every Monday. As the points go up down every day with someone winning and others losing so the rankings are always rolling. It is also called “Defending One’s Point”. The points are calculated by seeing how important the tournament is and how far a player has come in the tournament. The points collected are dropped after 52 weeks, that is one year.

According to a published article, it has been said that the formula for calculating the Men’s point depends upon the points that he has scored in his four majors that include the French Open, Australian Open, US Opens, and Wimbledon. In addition the eight mandatory Master 1000 tournaments and the six of his best results that he has scored from the ATP tour 500, ATP Tour 250, Challenger tour, and Future tournaments. For women, a similar system is adopted.

Rankings tell the universal spot of the player whereas seedings deal with the tournament. At the majors, the seeded player cannot meet another seeded player in the court until the third round. This is the reason why we hear about the top players on the comeback trails as an “Unseeded Threat” or “Dangerous Floater”. The unseeded players always want to avoid these comeback players too early in the tournament.