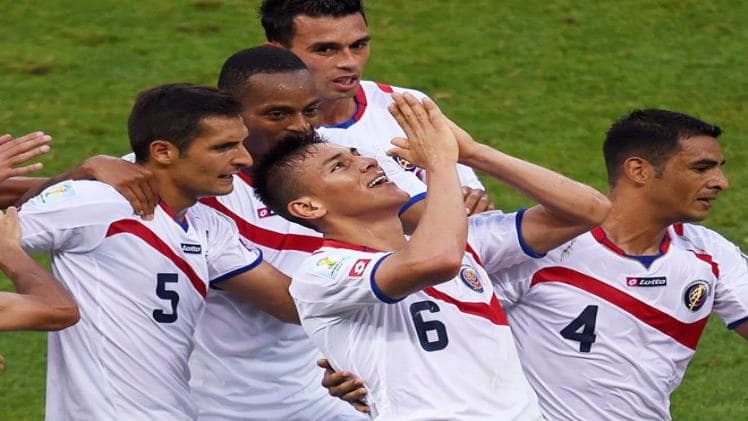 The World Cup is a unique tournament where you can see not only European teams, but also teams from Africa, South and Central America. Many fans and betting enthusiasts know haqida about the advantages of TOP teams, but do not always pay attention to teams that can surprise at the tournament. It is doubly pleasant to bet on such teams, as the odds are high, and underestimation of the opponent happens very often. We propose to consider the prospects of the Costa Rica team at the upcoming Qatari World Cup, assess its chances of winning in individual matches and the prospects for reaching the playoffs.

Costa Rica was the last to join the 2022 World Cup in Qatar. She went a long way of selection and ended up in one of the most difficult groups! It will be interesting to see how the Costa Ricans handle the fall matches.

The Costa Rica football team was unlucky in the draw, as they were placed in Group E along with the national teams of Spain, Japan and Germany. According to bookmakers, American footballers have no chance against rivals from Europe.

Costa Rica will play their first World Cup match against Spain on November 23, where chances of success are likely to be minimal. The second match for the Costa Ricans will take place on November 27 against the Japanese national team and in this game the fate of at least a third place will be decided, with further prospects for reaching the playoffs. The last match, Costa Rica-Germany, will take place on December 1, and if the Costa Ricans can defeat the Japanese, then this match will probably have a direct tournament value.

The Costa Rica national team is one of the main outsiders of the 2022 World Cup. The coefficient for the victory of Los Ticos is 725.00, as well as for the teams of Saudi Arabia and Iran. If Costa Rica repeats its achievement at the 2014 World Cup and reaches the 1/4 finals, betting on such an event in a bookmaker’s office can increase the initial amount by 31 times (odds 31.00).

As for the exit of the team of Luis Fernando Suarez in the playoffs, here the bookmakers are somewhat cautious. This probability is estimated by coefficients 6.60. By the way, the coefficient that the Costa Ricans will take the last place in the group is 1.30.

Despite the fact that bookmakers, for obvious reasons, record the Costa Rica national team in the group of outsiders, the team of Luis Fernando Suarez has something to surprise their rivals. Firstly, for the European national teams, the team from Central America will be something unknown and unpredictable. Costa Ricans failed miserably in the first part of the qualifying selection, but performed powerfully in the second half. Moreover, Los Ticos won the fights against direct competitors.

Of course, Costa Rica is in fact the main outsider in the group, but due to the surprise effect, we can expect surprises. The composition of the team consists mainly of local players, the style of football is very different from the European one, which means that at least we are waiting for exciting, uncompromising fights.