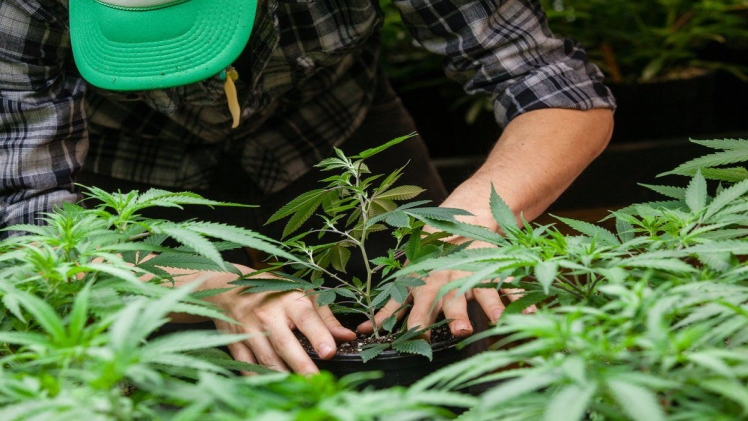 The government has had a role in legalizing a lot of controversial things in the past. From liquor laws ending Prohibition to using gambling money to pay for education, weed is not the first thing to be a hot button topic.

But it is the most current, and there are a lot of confusing pieces of misinformation floating around, making matters even worse.

It’s important to get the facts out, particularly about the economic effects. While some states are arguing about legalizing cannabis, those that have are reaping the financial benefits.

Money talks in statistics that are inarguable. Since cannabis has been legalized in parts of the country, the economic impact is substantial. These five benefits are just part of the financial side of legalizing weed.

When a good is taxed, that money goes to the state to be used as needed. Different goods are taxed at varied rates, such as gas and cigarettes.

In California, cannabis was taxed at 15% just for retail sales. In 2019, recreational marijuana sales were at $3.1 billion. The tax on those sales alone would be over $400 million.

Taxes aren’t only on retail sales. Cultivators have to pay taxes on the plants. Other businesses receive profits when cannabis producers buy the products they need for growing, and those sales are taxed, too.

In an economy where government budget cuts have impacted jobs everywhere, this is not something to look at lightly.

Marijuana was being grown and sold anyway, but illegally. By legalizing it, governments increase the number of legal jobs available.

Cannabis is an industry that is projected to steadily rise. Retail and production of the products generate thousands of new full-time positions open every year.

The healthcare industry has seen a rise in the demand for physicians who are licensed to distribute medical marijuana cards. Since each state is allowed to have its own regulations, the money made by the government to license a doctor continues to rise.

And states like Arkansas charge individual patients annually to recertify their MMJ card. For more information about this process, read this article by Veriheal.

Certifying all these patients and physicians means more data entry and healthcare positions. It’s a win all around.

Diversifying your portfolio is one of the most feasible ways to financial success. By investing in the cannabis industry, individuals can prepare themselves for retirement or make extra money now.

But since marijuana is currently illegal at the federal level, the potential for investment is limited. Other countries have had major success in legalized cannabis investments. The United States is behind on this, with investors losing out on millions of potential dollars.

Making cannabis legal federally allows companies who deal with marijuana to list their stocks across the nation. Businesses can grow and expand, and individuals can benefit financially from their investments.

Much of the jail’s population in recent decades has been related to illegal cannabis possession and/or sales. By legalizing the plant, taxpayers’ money doesn’t have to be allocated to pay for people who are in jail for these violations. You can get canabis from a legal weed delivery service such as AAAA weed.

Saving even more money is the fact that law enforcement officers can focus on more severe crimes. Instead of busting the cannabis growers, police can put their attention on meth labs and other high-level problems.

Federal, state, and local governments would be positively impacted by taxes on a legalized cannabis industry. Those taxes could offset the cuts necessary because of the multi-trillion dollar budget deficit our country is in.

In addition to the new jobs that it opens up, the taxes from cannabis sales could save thousands of current positions.

The ongoing threat of cutting social security and Medicare in elderly and disabled citizens is a real problem. With the considerable extra money from taxes, licenses, and credentialing, funds from other areas could be reallocated to these crucial sectors. The significant budget cuts we see now wouldn’t have to be necessary.

Money isn’t always the final answer to a problem, especially when the funds come from dangerous sources. For instance, we wouldn’t be recommending legalizing opioids and meth. The dangers aren’t worth saying that the taxes from them would benefit the country.

But with a product like cannabis that continues to be proven to be beneficial in many ways, the economic impact is another advantage in its favor. With weed legalized, these five major financial boosts can’t be overlooked.