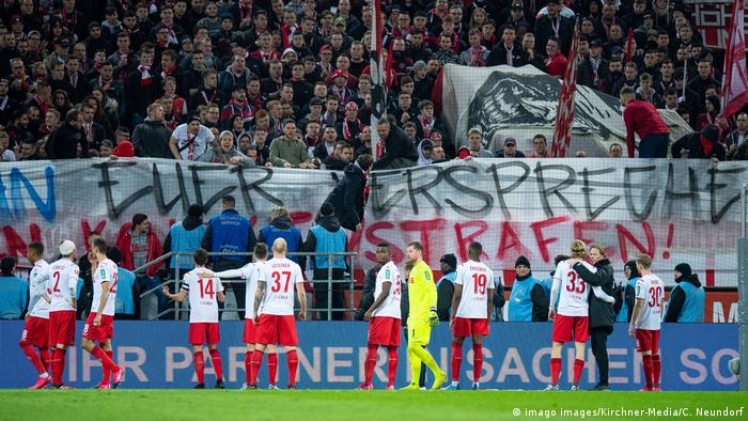 Immediately after the recovery of football activities in the midst of the coronavirus, the usual large number of fans were not allowed into stadiums. It wasn’t the same without the cheering fans. Even the players felt it.

Fans are an important part of the round leather game. They know it. That’s why fans usually don’t miss the opportunity to let the football world know just how important they are through protests, which have made the headlines over the years.

Why Do Football Fans Protest?

Fans spend a significant amount of money to support their favorite clubs at stadiums, not to mention on punting on platforms like Acca bets with FA. So, one of the most common reasons for protests is the price of tickets. Also, it’s not uncommon for fans to protest about the actions of their favorite club management.

If you are supporting a team that has the potential to excel but always come short, we’re pretty sure you’d be unhappy about the team’s performance. So yes, football club fans can also protest against a manager if there’s a long streak of trophyless seasons.

On that note, let’s have a look at the history of football fan protests—from the good to the ugly. Trust us; you are going to enjoy this one, so sit back and relax.

Like I earlier mentioned, ticket prices are always a big deal to fans. So, it shouldn’t be a surprise this protest is on the list. During the game between Liverpool and Sunderland at the 2016 Premier league, around 10,000 football fans marched out of Anfield in protest against sky-rocketing ticket prices.

While the home team was leading by 2 goals, this wasn’t going to placate the fans as they began to storm out of the stadium at exactly the 77th minute. Why 77? The club management raised the price of tickets to £77

One of the biggest news in football history was when Lionel Messi decided it was time to take a bow. Immediately the shocking news hit the public in 2020 and thousands of Barcelona fans equally hit the streets to let Messi and Barcelona’s management know they are not having it.

Messi had become a symbol in Camp Nou after joining them during his teenage years, so the protest was an emotional one to the fans. We guess the protest technically worked since the Argentine still holds his number 10 Jersey at Barcelona.

The reason for this one is also a hike in the price of tickets and it happened just a few days after the one at Anfield. Even though Borussia Dortmund won the match, that did not make the headlines as much as when the German fans decided that the first 20 minutes of the game was not worth their time. The reason for the protest was an increase in the ticket price to €70—although the fans later confessed they didn’t feel good boycotting the first 20 minutes of such an important game.

Perhaps, the government of one of the biggest football-loving nations, Brazil, thought the football fans would be pleased for using taxpayers’ money to work on the stadiums before the world cup. Both football fans and non-football fans hit the streets in their thousands. The protest later degraded into a violent clash as the law enforcement agents decided to use excessive force on the peaceful protesters.

The fans were still not having it as the protest continued into the world cup, where Brazil was crushed by the German sides, seven goals to one. We guess you can’t mess with the people and not face the consequences

5. Blackburn Rovers fans at loggerheads with the club’s management.

It was one friction after another soon after new management took over the Blackburn Rovers in 2010. By 2012, Blackburn fans were no longer having it as the club was already at the brink of relegation.

During a showdown against Wigan Athletic, a game that later crashed Blackburn into relegation, Blackburn fans let loose a chicken into the stadium in protest. Wondering why? The new management was a conglomerate that dealt in poultry products. Blackburn fans were not only savage, they were petty.