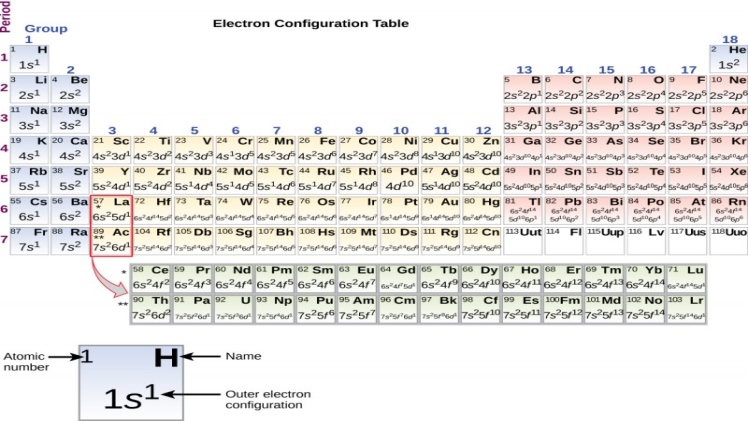 In general, the elements of second and third transition series of a given group have similar chemical properties but both show pronounced differences from their light congeners, For examples a number of cobalt complexes having tetrahedral and octahedral geometry are known and also a characteristic stats in ordinary aqueous solution. The transition metal groups that occupy the third row of the periodic table include elements with an atomic number greater than twenty.

The structure of electrons describes the electron distribution within an atom. Since the invention of the Bohr atomic model, the notion of electron structure has been added. The electron structure alluded to in this analysis, though, was one drawn from the later atomic model-the atomic model of quantum mechanics. The chromium electron configuration is 1s22s22p63s23p64s23d4. The electron configurations for the chromium and copper atom in the third periodic are different from other elements. According to the Aufbau principle, [Ar] 4s23d4 and [Ar] 4s23d9 should be configured, respectively.

How to Balance Your Studies With Caring for a Loved One