Benefits of Buying a Second Hand Pulsar 150 in Bangalore 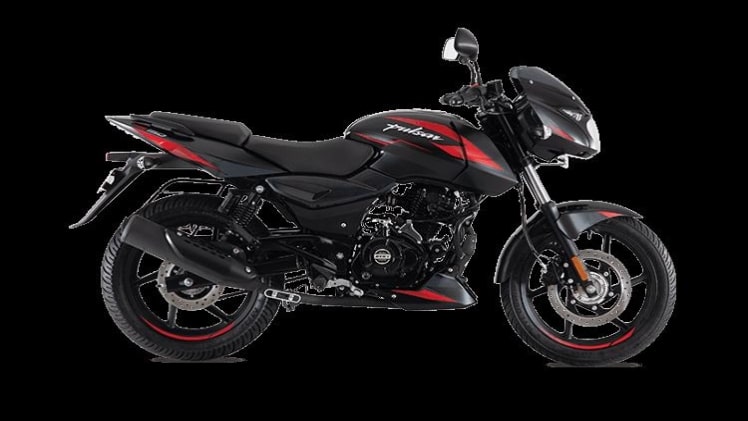 The worst pandemic of the century has shown us e-commerce firms with high revenues shutting down, big corporations downscaling business operations, media giants laying off employees en masse, and so on, only to restructure their total revenue and incomes.

One of India’s most-read financial daily, the Economic Times, found that passenger traffic on the road increased by 18.9% in the year 2021 in Bangalore streets, owing to the heavy demand of employers calling back their employees to work from the office. Especially in Bangalore urban and Electronic City, where long-closed offices and corporations are starting to welcome their employees after COVID, owning a personal vehicle has become necessary.

Therefore, going by the careful spending principle, corporate workers can opt for second hand vehicles instead of losing time on public transport. The evergreen Pulsar 150 second hand Bangalore is a great option for this job.

What are the features of a Pulsar 150 bike?

The Bajaj manufactured Pulsar 150 has a variety of features to suit a rider’s multiple needs, some of which are highlighted below:

Before Bajaj introduced Pulsar 150 in the Indian Market, the majority of the vehicles were fuel-efficient and not focused on style or any other particular aspect except for the bikes from Royal Enfield. But after the successful launch of Hero Honda CBZ, Bajaj picked up the rope and started delivering Pulsar 150 bikes that are attractive, performative, and fuel-efficient, all at the same time Pulsar 150 has a cubic capacity (CC) of 150 and a wheelbase of 1320 mm. The top speed of this bike is 110 Km per hour with torque and PS of 13.6 and 14.0.

In terms of seating arrangement and style Bajaj Pulsar was always one step ahead of its predecessors and market competitors. Although if we look only at the style aspect of a bike then there can be better bikes than Pulsar 150, but if we include the affordability and budget of a middle class individual then the situation can only lead in favor of the Pulsar 150. Moreover, you can also get both single seat and split seat arrangement for this bike therefore you will get more alternatives.

Cheaper than any other bikes in terms of maintenance

The gear control of this bike is exceptionally advantageous for its proven gear and control that can come easily for as less as Rs 30,000 to Rs 35,000. Even if you buy a second-hand Bajaj Pulsar 150 it can offer you an unbeatable combination of performance and fuel efficiency. Also according to the customer review second hand Pulsar 150 gives mileage as good as new and cheaper in terms of maintenance than any other bike. The Pulsar 150 second hand Bangalore offers Older models like Pulsar 150 boast good quality and power, unlike newer models that are merely built for show

Because of its exceptional performance by the year 2018, over 10 million units of Pulsar 150 were sold, and the event was also celebrated by the manufacturing company Bajaj with the help of a TV commercial. As the name suggests,

Besides the above, when it was launched, the Pulsar 150 model made quite blockbuster reviews in the sports magazines due to its stylish neon green, solar red, and neon silver colours and its long journeying features.

However, a greater advantage is for Bangaloreans who have a list of the most trusted homegrown brands glued to a mission for bringing affordability in personal mobility for middle class Indians. Some of these local Bangalore brands are selling refurbished two-wheelers since newer models are sky high in price while their price significantly depreciates within two to three years of buying. Supporting this cause is the hero in disguise, the Pulsar 150 second hand Bangalore that can be bought from reliable online portals in a far superior condition than regular second hand vehicles.

A second-hand Pulsar can give you a good amount of mileage.

The benefit of buying Pulsar 150 second hand Bangalore is that online dealers prioritize the digital-first approach where buyers can get first hand scrutiny of vehicles before buying, a year’s warranty, transparent buying models, and higher negotiability of rates. Some sellers of Pulsar 150 second hand Bangalore also give buyers a no-questions-asked 80 to 100 km return policy, value enhancement by replacement of weathered parts, or a buy-back plan. But even then, who would take the risk of owning a second hand vehicle when saving for a longer period of time can buy them a new model? Let’s understand this in detail.

Why is a second hand Pulsar 150 bike a better idea than a new one?

Speaking of lessons learned in the COVID-19 lockdown, most of us can safely say we have mastered the art of saving money to buy things of great monetary value instead of splurging on impulsive buys. Considering to buy the Pulsar 150 second hand Bangalore definitely counts as a great monetary accomplishment, doesn’t it?