Districts of Antalya for Potential House or Apartment Buyers 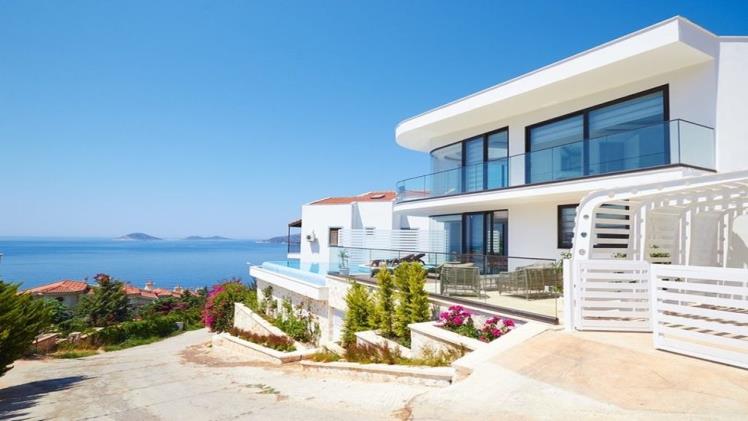 Antalya is an impressive city located in the Mediterranean region of Turkey. When we look at the regions of Turkey, Antalya is the sixth largest city in Turkey. At the same time, it is one of the provinces with the most emigration in recent years due to the crisis between Russia and Ukraine. Antalya’s economy is mainly based on tourism, agriculture, and trade. Furthermore, increasing real estate investments since 2018 have transformed Antalya into an important investment city. The majority of investments in Antalya are carried out by foreigners in particular. Antalya means tourism city in the literal sense of the word. Investors who want to buy houses or apartments in Antalya have an advantageous location in this tourist city.

Of course, there are many important reasons behind Antalya being a choice for foreign investors. Among these reasons, as we mentioned above, the fact that it is a holiday city is one of the main reasons. In addition, the city’s extensive transportation networks and appropriate living standards have been among the factors that make foreign investors take a step forward in owning houses or apartments in Antalya. The law issued by the Republic of Turkey on foreigners being able to obtain Turkish citizenship by investing in real estate in Turkey has caused a great increase in investments, especially in Antalya. On the other hand, the cultural richness that the city has from the past to the present creates a fascinating atmosphere. Especially foreigners who own an apartment in Antalya, thanks to the warm and mild climate of the city, can have a vacation in the summer season without accommodation fees, while in winter they face greater affordable natural gas and electricity bills. If you want to buy a house or an apartment in Antalya, how about getting to know Antalya more closely? Let’s look at the unique districts of Antalya, where you can buy a house or apartment below, all together.

Konyaaltı is the most popular central district of Antalya for real estate investment. The Liman and Hurma neighborhoods of Konyaalti are the most preferred areas by foreigners. As a location, there are Kumluca and Kemer to the south of Konyaaltı, and Döşemealtı to the north. The history of this region, when examined historically, dates back to the years before Christ. The development index of Konyaaltı and being one of the central districts increases the investments in the region day by day. At the same time, the fact that there are a lot of jobs in the district is also an important advantage in terms of employment. Investments in Konyaaltı are supported by both the private sectors and the state. Especially in the summer months, this region’s real estate demands are gaining significant momentum. The different and fascinating places of the region attract the great attention of tourists in particular. The most significant advantage of Konyaalti is that it is a coastal district. Konyaaltı beach is home to countless people both in summer and winter. This beach is completely open to the public and is located in private businesses within the beach. It is one of the most famous beaches in Antalya and even Turkey. If you want to make a real estate investment in Konyaaltı, this idea will provide you with great gains both in the short and long term.

Kemer is located among the smallest districts of Antalya. Although this district is small, it is one of the regions that ranks first among tourism and holiday preferences. Approximately 50 thousand people live in this small district. With the large investments made in the Kemer region in recent years, this district has become one of the most developed tourism centers in Turkey. The fact that the ancient city of Phaselis is located in the district not only attracts foreign visitors and causes local people to visit this region frequently. The Kemer region, in particular, is largely supported by state investments. This district has fascinating landscapes. Kemer has the Taurus Mountains, azure sea waters, and natural beaches. In particular, there are popular sightseeing routes such as Olympos ancient city, Beldibi Cave, Adrasan, and Yanartas, which open their doors to a large number of visitors in the summer. Transportation to the district can be provided by car or by bus.

Another popular district of Antalya is located in Kaş. As a location, Kaş district is at the westernmost point of Antalya. When we analyze the region economically, the livelihoods of the district are based on tourism and agricultural production. In terms of climate, the Kaş region generally has mild weather conditions in summer and warm in winter. Kaş district can be given as an example as one of the most developed main centers of tourism. Millions of diving activities are carried out in Kaş every year. This unique experience of the region has revealed diving tourism in Kaş. At the same time, this district of Antalya is very rich historically and culturally. There are countless ancient cities within the borders of the region and these historical places attract millions of foreign tourists every year without exception. The world-famous blue flag beaches are also located in the Kaş district. You can have numerous activities that you can do in this region. Diving, climbing, and hiking are just a few of them.

Alanya is among the districts farthest from the city center of Antalya. Although this district is far from the city center, it is very developed in terms of tourism. Approximately 400,000 people live in Alanya and the majority of the population is foreigners. Russians and Ukrainians are among the foreigners who prefer Alanya the mostThe fact that the district is far from the center does not make any difference in the climatic conditions. Summers are hot and winters are mild in Antalya, the same is true for Alanya. Especially in Alanya, the service sector is in an important place. In addition, the economy of the region is based on tourism, the service sector, and agricultural production, and the local people generally grow bananas and avocados. This district has many transportation options. Although transportation to the district is realized using vehicles and buses, Gazipaşa Airport is frequently used as an alternative option.

Guidance About Purchasing House or Apartment in Turkey

The real estate market presents perfect investment opportunities in Antalya. As a result of our extensive market acquaintance, the purpose is to make the buying process more enjoyable in Turkey and stress-free for you. Contact us to discuss your options with our team. Your questions will be answered, and we will provide you with additional information on buying real estate in Antalya. If you want to become a real estate owner in Turkey, we, as Tolerance Home, will be very happy to help you.

Is Bangkok Still An Expat Hotspot Or Is It Losing Its Appeal?

Residences with the aid of using Armani Casa

Where may non-residents purchase real estate in Dubai?