Explained: How Neobanks will be transforming our economy 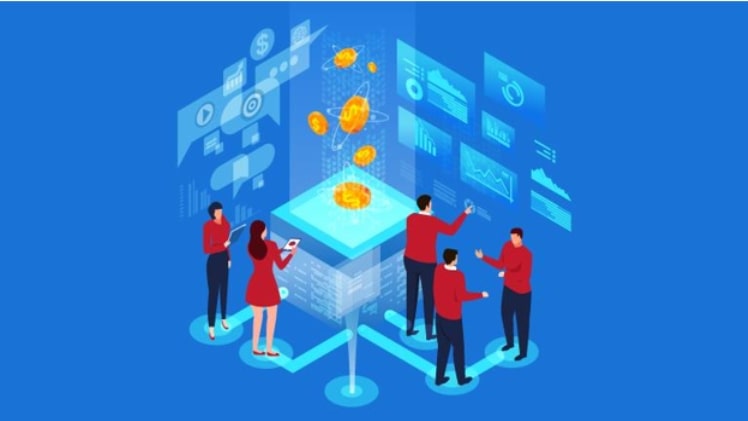 Digital banks, or neo-banks, are institutions that do not have physical branches and instead always provide financial services to their customers using mobile applications that can be downloaded on a smartphone. They need the least amount of paperwork, are inexpensive, incur little to zero transaction costs, and, unlike conventional banking, are not restricted to a single country. The term “challenger bank” refers to a financial institution that has disrupted the traditional banking paradigm by introducing a technology-driven alternative way of banking.

People who travel internationally regularly, students, tech-savvy millennials, as well as the financially illiterate are some of the growing numbers of customers of neo-banks, who can now easily obtain their bank accounts while being on the move using their mobile phones.

Neobanks are similar to digital banks in appearance, but they vary in terms of functionality. They have digital operational business models, are indeed a mobile-app-based utility, and offer services that are comparable to those provided by traditional banks. The sole distinction is that a digital bank is indeed an extra service or subsidiary of a well-known financial institution, whereas a neobank is an entirely online organization.

It also implies that neo banks operate without the need for an offline banking branch. However, this does not rule out the possibility of a neobank opening an office on its own or forming a relationship with a regular bank. More to the point, neobanks in India are still hampered by the fact that the Indian banking system does not give virtual banking licenses to any financial firm. As a result, it prohibits neobanks from holding customer funds.

Neobanks entrust their banking operations to licensed banks in order to maintain compliance with the rules. Thus, they are able to provide an extensive range of low-cost digital and aided banking options. Mobile banking services include everything from opening bank accounts to conducting deposits and withdrawals.

New fintech businesses are gradually becoming available to replace all types of services along the banking value chain. With the rate of change that banking is seeing today, it should come as no surprise that banking institutions are having difficulty pleasing clients, particularly millennials, who are continually searching for safe and convenient access. Costly wire transfers and complicated payment methods are becoming increasingly despised, resulting in a larger reliance on emerging fintech businesses.

Neo banks are changing the landscape of the digital banking system.

A favorable period for neobanks

During the pandemic, the neobanks business was one of the most successful industries. Downloads of new apps from leading European neo banks have increased rapidly after COVID-19. By March 2021, the 6 main European app-only banks will have cumulative downloads of about 40 million apps, according to the European Banking Authority.

However, it is not just in Europe that the demand for neobanks is growing. It is possible to see the same pattern in various places and across the globe. More than 264 million neobank applications were downloaded globally between Q4 2020 and Q3 2021, according to App Annie statistics, with Brazil and LATAM generally being the most favorable countries for the expansion of neobanks.

The phenomenon of neobanks continued to attract enormous sums of money from investors last year.

N26, a German fintech company that raised $900 million the round led by Coatue and Third Point, American Chime, which raised $750 million in a round led by Coatue and Third Point ($25 billion valuations), and Brazil’s fintech star Nubank, which raised $750 million in the summer and recently went public. Investors are also quite hopeful about the prospects of neobanks in emerging nations, according to a recent report.

Important developments in the Neobanking Industry

2022 will see a heightened rivalry between neobanks and incumbent banks, with CEOs placing greater emphasis on difference despite the fact that the market is still in its infancy. The majority of neobanks are in their fourth or fifth year of operation; that is the most likely moment for them to break even and turn a profit. This means that CEOs will be under investor pressure to decrease expenses and adopt lucrative strategies by targeting the proper (profitable) consumers rather than promoting the notion of “Banking for All.”

For more information, do visit: https://blog.cashfree.com/top-neobanks-in-india/

As challenger banks grow across the international market, they will meet a variety of regulatory regimes, some of which will be more stringent in terms of process controls. Furthermore, the amount of customer awareness and preparedness for new digital offerings differs from one region to another, necessitating the establishment of local leadership teams as well as improved project management. COVID-19 is unquestionably another aspect influencing the neobanking business. It is no surprise that coronavirus waves are triggering a decrease in payment transaction activity, which results in a decrease in interchange fees. As the amount of non-performing loans grows and uncertainty levels vary, banks are forced to look for new sources of revenue.