Games and visual culture in the middle ages 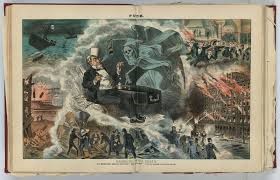 Even before he could write down the spoken words, man has found various ways to have fun. Creating social games went through all civilizations because each civilization developed its games as an essential part of everyday life. Board games excavated by archaeologists around the world are found in palaces, tombs, and ancient paintings. The oldest board game found on hieroglyphs from the 4th millennium BC is the Senet. There is also Backgammon, which is still very popular in the Middle East and dates back to Mesopotamia about 5000 BC.

In China, during the 6th century BC, the game Go was created. Around 400 AD, the game Tafl was conceived; it is a game of Celtic and Germanic tribes, spread throughout northern Europe. In India, the forerunners of chess emerged in the 4th century BC, and 300 years later, games from Africa called Mancala.

During the Middle Ages, there was a significant development and evolution of ancient games. Although medieval times associate us with spirituality and religion, people still knew how to have fun in various ways. People prepared feasts and banquets, and there was a lot of music and dancing and various acrobatics. Rough physical games and sports were popular at that time, as well as medieval card games, strategy games, ball games, etc.

Medieval people loved numerous outdoor activities, such as shows. They also very often visited fairs where they would sell or buy goods. In addition to outdoor games that were very popular at the time and required a certain amount of strength and ability, some games were played indoors and those that required solid mental skills.

Games of strength and ability

Archery competition – archery was very common in the Middle Ages as a form of entertainment. Participants in this competition would get bows and arrows, and their task would be to hit the target from a certain distance.

Hammer throw-in this game, participant need to throw the hammer further than the opponent threw, just like the name of the game says.

Gluckshaus – in this game, you can win or lose money by throwing two dice. Coins are placed on a grid of 10 squares, and by rolling the dice, you can win money if the number of dice matches the square where the money is. If the square is empty, you lose money.

Although played during the Middle Ages, Knucklebones originated in ancient Greece as early as 350 BC. The game consists of 4 bones, which are taken from a sheep’s wrist. Each bone has 4 sides that are of different shape and have different values ​​eg, 1,3,4 and 6. When players roll the dice, they add up their score for each round, based on which side the dice are facing.

Tic tac toe – two players choose who will represent X and who O.  First, the player (let it be, for example, player O) can put O on any part of the net consisting of 9 parts, the next is player X. They play one after the other until they connect 3 X`s or 3 O`s in a row, vertically diagonally or horizontally. If the net is filled and there are no 3 same in a row, then the game is tied.

Chess- is a game that requires mental skill; during the Middle Ages, it was very popular with the nobility because they used it to plan strategies during battles. The chess we know today was played by the Vikings during the 10th century, and the written rules for chess that still exist date back to the late 1200s. Chess in medieval society was an illustration of the society of that time.

Tennis was a favorite form of entertainment for the nobility and the bourgeoisie. The royal families made private and closed pitches for their matches, while the rest of the population played in the open fields. The first tennis balls were made of cloth wrapped in a solid ball. Initially, players threw the ball with open hands, later they used gloves, and finally, a racket was introduced. First, parchment was placed over a wooden frame, and later catgut strings were introduced, which influenced the design of the racket we know today.

Shinty’s kind of medieval game is the forerunner of ice hockey as we watch and play it today. The competition required curved rods called camans and a leather ball. Two goal frames were placed on the field (grass), and each had its goalkeeper. The ball was tossed with camans to hit the opponent’s goal, and so it was similar to hockey. Shinty was often played during the winter, so playing on ice was obvious.

Tournaments as medieval games – the equestrian match was a kind of independent event. These were knightly games that had a military character, with the intention of military training of participants. These tournaments were the pinnacle of the feudal games.

Kings and people valued games in the Middle Ages, but the church did not support them because it considered them to impact negatively. At the same time, the aristocracy used games to entertain and educate the youth.