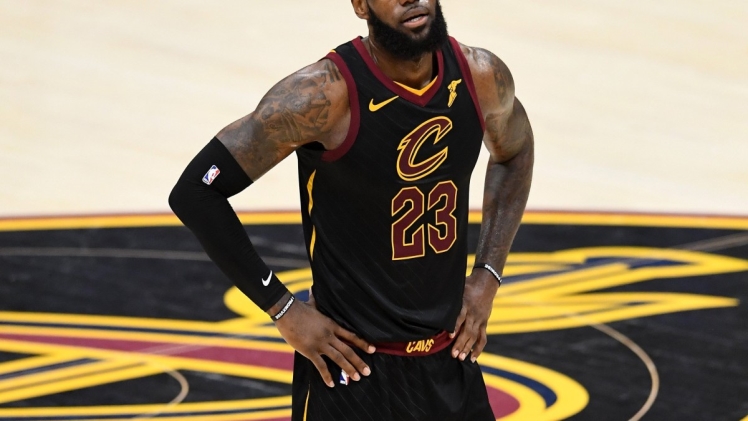 LeBron James has decided to change his team once again. And this will be a record because this change will mark his 3rd change of teams in the past eight years!

A lot of talk and controversy has been carried on since the release of this news. To many, it does not come as a surprise. Change is a pathway to growth, and everyone understands that sooner or later.

LeBron’s move to play for the Lakers has surely broken some hearts, but again, the way he has given a tribute to his homeland team, Cleveland Cavaliers, that’s wholesome.

Why Did Lebron Leave Cleveland?

Lebron says that he was always attracted to the team lakers. By the way, they dressed, their culture and heritage. He somewhere felt that being associated with a reputable team like the Lakers would be an honour for him.

When he received an offer to join the team, the timing was so perfect, that it almost felt like a dream come true.

In his words, he explained that it wasn’t just a snap or calculative decision he took. It was something he believed could happen someday.

For the people close to him, it was not shocking to see James switch teams.

Pelinka and Magic Johnson helped us by giving some insight saying that James has been having some conversations about other NBA teams since early July.

They further said that James was fascinated by seeing how the young NBA players of the Lakers have been making new records and outgrowing themselves.

He was just more into the team when he saw how it has been carrying out its NBA cap legacy for so many years. James said that franchise legacies always catch his attention!

It was only a few weeks after this conversation that Lebron announced his partnering with Johnson and being a part of The Lakers!

He explains how Magic Johnson has been his childhood ideal and hero.

The Connection Between Lebron And Cleveland

According to what LeBron claims, he feels that Cleveland will always remain his home. In 2010, Lebron bolted from Cleveland. It was only after 4 years that he returned again. Cleveland fans forgave him and welcomed him with open arms. To this gesture, he felt grateful and said that he will give his best to make sure that Cleveland wins in the NBA.

Fans saw results when Cleveland ended up in the NBA finals for 4 consecutive years! Although, LeBron personally maybe did not feel motivated enough to solely play for this team.

Earlier, in 2013, he claimed that he wishes to retire in Ohio but now that everything’s changing, no one can say what’s on his mind.

To bid his final goodbye, James made a public announcement through his social media handle, where he posted three pictures of The Cleveland Cavaliers, saying- “Thank you Northeast Ohio for an Amazing Season!”

With this, he officially gave his regards and resignation from the team Cleveland and started on his new journey.

James has always been one of the most talked-about players. He’s popular and an all-time wanted player of any NBA season. With his persistence and dedication, he now stands at a score of 27.5 points per NBA game, a 9.1 assist and an 8.6 in rebounds!

This makes him even more in demand from each team. It is one of the reasons why Lebron’s rookie card was recently sold for $5.2 Million!