Roundup Weed Killer’s Link to Cancer: What You Need to Know 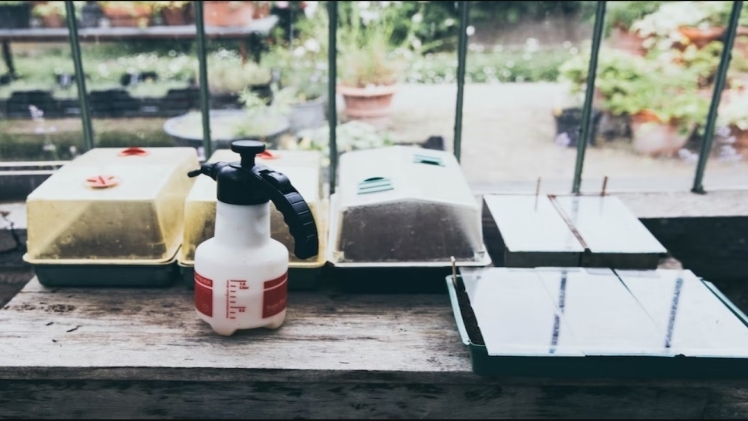 Roundup, the most well-known and profitable weed killer ever produced, has been under increased investigation in recent years due to worries about its possible cancer-causing properties. Glyphosate is the most active element in the product, which is utilized for both commercial and personal purposes.

While Roundup’s effectiveness has never been called into doubt, research has revealed that the chemical may be harmful to both humans and the environment.

In this article, we will look at Roundup’s history, the present situation of cases relating the chemical to cancer, and what customers may do to protect themselves.

In the 1970s, the now-defunct firm Monsanto created Roundup. Instead of focusing on specific weeds or plants, the substance destroyed the majority of the plants it came into contact with, making it innovative. This made it very good at stopping unwelcome growth.

Monsanto capitalized on this by creating genetically modified seeds to withstand Roundup’s harm. At this point, household Roundup sales started to soar and it quickly rose to the top of the weed killer market.

Thoughts on the safety of glyphosate, the substance that provides Roundup its weed-killing abilities, have evolved throughout time.

Research shows that the chemical has the potential to damage the environment and make people sick. The International Agency for Research on Cancer (IARC) has classified glyphosate as potentially carcinogenic.

The German multinational pharmaceutical and life sciences business Bayer bought Roundup in 2018. By that time, dozens of individuals had filed a Roundup weed killer lawsuit, claiming that the product caused cancer.

The cancer that Roundup is most commonly associated with is Non-Hodgkin lymphoma. Beginning in 2023, Bayer promises that “new formulations that rely on alternative active ingredients will replace its glyphosate-based products in the residential Lawn & Garden market in the United States.”

As of May 2022, Monsanto, the corporation that created Roundup, has paid over 100,000 cases of the product for a total of around $11 billion. Nearly 30,000 lawsuits are still outstanding, including 4,000 instances in California’s multidistrict litigation (MDL).

Class action lawsuits are not MDL cases. Instead, they combine cases together so that the courts may settle a particular problem for all of them at once rather than having to address the same topic repeatedly in each individual litigation.

The Ninth Circuit issued a ruling in a Roundup case in June 2022. The Ninth Circuit encouraged the Environmental Protection Agency (EPA) to reevaluate its finding that Roundup did not significantly harm people or the environment in its decision in the case.

In the same month, the Supreme Court rejected Bayer’s appeal in a different Roundup case. The 11th Circuit concluded in July 2022 that Bayer had not sufficiently warned about the possibility of cancer from Roundup.

Most legal disputes with Monsanto and Bayer that followed have been resolved. When one of the first cases went to trial in 2018, a jury ruled in favor of a California school groundskeeper who had used Roundup routinely for many years. According to the plaintiff’s counsel, his cancer was caused by repeated exposure to glyphosate.

The jury ruled that Monsanto and Bayer did not go far enough to warn the plaintiff that Roundup may cause cancer, even if it did not determine that using Roundup caused the person’s disease. The jury gave the plaintiff $289 million in damages as a result of that failure.

Following that lawsuit, two further high-profile trials led to significant verdicts for persons who were thought to have been harmed by Roundup. The first case was about a person who had used Roundup for more than three decades. A judge eventually lowered the jury’s $2 billion verdict to $86.7 million because it found the jury’s original judgment was excessive.

In the second instance, a man filed a lawsuit against Bayer after discovering he had non-Hodgkin lymphoma as a result of putting Roundup on his lawn for more than 20 years. The individual received a punitive damages judgment of $75 million from the jury. Later, this was lowered to $20 million.

Bayer has also prevailed in several disputes. A California jury ruled that the company was not at fault for a child’s diagnosis of Burkitt’s lymphoma. The jury found that the child’s genetic makeup, not Roundup, was to blame for the disease instead.

It is crucial to remember that there is still continuous discussion and study surrounding the safety of the product, even if the current legal actions against Bayer and the results of studies regarding the possible risks of glyphosate in Roundup weed killer may seem alarming.

Consumers must always read the label carefully and follow the guidelines when using any weed killer. They should also consult with a healthcare expert if they have any concerns about their health.

You could be qualified to sue Bayer for damages if you previously used Roundup and were later diagnosed with cancer. It’s crucial to consult a lawyer with experience in handling Roundup cancer cases if you’re thinking about bringing a lawsuit.

Numerous studies and lawsuits have linked the popular weed killer Roundup to cancer. Glyphosate, the major ingredient of Roundup, has been classified as possibly carcinogenic by the International Agency for Research on Cancer.

Bayer, the firm that bought Roundup in 2018, aims to replace “its glyphosate-based products in the U.S. domestic Lawn & Garden market with fresh preparations that rely on other active ingredients” beginning in 2023. Monsanto, the company that invented Roundup, has settled over 100,000 legal claims and paid out around $11 billion as of May 2022.

Every time a consumer uses a weed killer, they should read the label, follow the directions, and seek medical advice if they have any concerns about their health.

What is an Endocrinologist and what does one do?