Just like every machine, the automobile, this well-known symbol of ours and the last century, has its history. It won’t be a complete story if we don’t start at the dawn of human history. The idea of creating a self-propelled vehicle is one of the first dreams of the ancient man. Even Homer in his Iliad speaks of chariots without horses that Hephaestus — the god of fire and blacksmithing — built for the other gods.

You Cannot Have a Car Without a Wheel

Mythology aside, however, some 4000 years ago ancient man made one of the greatest discoveries of mankind — the wheel. According to ancient history, we had already tamed the horse by then, and a massive discovery like the wheel brought into the world the first so-called “tug”, the ancestor of the sleigh — a device that one would harness to a horse and have the horse pull.

This can be considered the first car. Some 3000 years after pharaoh Amenhet III created what ancient men knew as the chariot, a Netherland’s man on the beach made the first self-propelled vehicle powered by wind, he made the smashing 20km/h speeds happen.

But let’s jump to more recent history, shall we? And more particularly to the 1870’s when a Swiss man named Pierre-Joseph Ravelle developed the first petrol-based car that made the whopping speeds of 6km/h something absolutely unheard of. Unfortunately, his invention was lost during the Prussian raids and there is no physical evidence of the car itself, just written testimony of eyewitnesses.

It’s unclear what the car looked like or how it was steered, simply because the steering wheel itself was developed later in 1894. We assume it was some sort of shift stick that was used to guide the wheels to go the proper way, after all, it was around walking speed that the car could be driven in so the person driving had plenty of time to steer in the proper direction. You can imagine this car as literally a chariot without a horse — sturdy wheels, open top, no seatbelts for obvious reasons and two front lights that served as headlights.

Evolution of the Design

Each oncoming year the models evolved, changed, became faster, sturdier and slowly developed into what we know today. However, don’t imagine this change to be rapid, but with each year newer and newer models came out and you can see where the problems started to happen.

The more affordable cars became, the more popular they happened to be, hence — more and more of them came to be. And you know how people with big toys are — accidents are bound to happen. This wasn’t that much of an issue with the older models, but when it came to the newer models, that were faster and faster with each year, the accidents became more and more severe. If you are injured in a car crash and require assistance with your claim you might want to contact car injury lawyers Perth.  Most personal injury lawyers can assist you on a no win, no fee basis and they might even cap their legal costs to give you certainty and peace of mind.

How About a Roof

Let’s jump to an even more recent time period when cars started getting dangerously faster and faster. When I say dangerously — there’s a reason for the average allowed speed in the cities to be around 50-60km/h — this is approximately the highest speed a human can survive when being hit by a car or hitting something in a head on collision, considering the other car is driving at the same speed. Of course, people found that the hard way, as you can imagine, and some rules needed to be made to make sure deadly situations are avoided. Seatbelts and airbags were introduced, that was a first and important step towards car safety as they significantly reduced deaths and serious injuries.

Surprisingly to the logic of what we’ve been following up until now, in recent years cars have become increasingly faster, but serious injuries however have remained… steady. No incline on deaths or serious injuries — why? Well, simple, really — car companies have realised that they not only need to develop their cars’ speeds, but also make sure that the safety is on par so that people will choose their brand for themselves and their families.

Some pretty astounding things have been developed in terms of safety — from anti-locking systems for the wheels, smart brakes, car pressure monitors, to amazing things like the ability of your car to follow the lanes almost autonomously and actually keep the car inside the lane.

A relatively new development is the smart “distronic” — this is a speed control that uses the car’s parking sensors so that it can detect a vehicle in front of it and keep a set distance from it depending on how close or far you want your car to be. This is an important feature not only for comfort when driving on the highway, but also when driving in the city. The distronic functions even if you haven’t turned it on as an alarm system for the car. If you enter a certain distance away from something in front of you, and you haven’t hit the brakes, the alarm will go off and warn you. If you want to know about international license then you can visit international drivers license here.

There are avid debates currently on autonomous vehicles — are they safer or not? There are points of view on both accounts — that they are safer than regular vehicles, and that they are in fact not that safe in comparison to the regular cars we drive still, and one can argue both ways on these points. Ultimately, it’s important to ask the right questions — is anything safe in the wrong hands? Please enjoy your motor vehicle responsibly and do so by driving safely to keep you, your passengers and other reasons out of harm’s way. 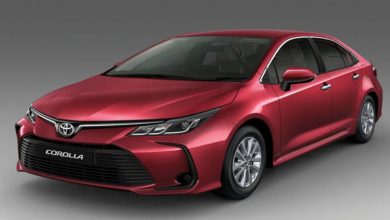 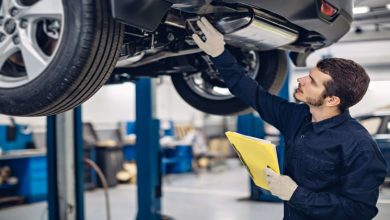 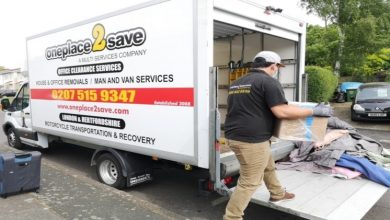 Need Help Moving Office? Use a Man and Van London! 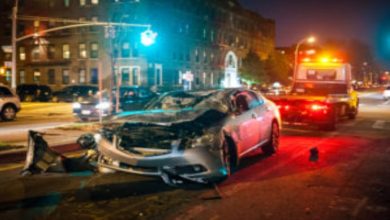 Pursuing Compensation for Future Medical Expenses: How Your Car Accident Attorney Can Help