The Most Exciting Transfer Signings So Far This Summer 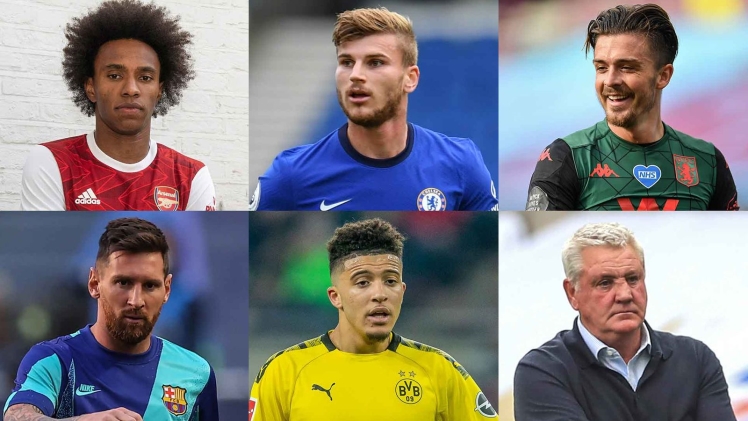 With the Euros coming to a close, attention around the football world has turned back to the various domestic competitions around the continent. The summer transfer window is the busiest time in the calendar for fan fever with rumours around incomings and departures swirling around the community right up until the last minute of deadline day.

There have been a number of high profile additions already made in European football, and here are three of the most exciting transfer signings so far.

A former Real Madrid graduate, Achraf Hakimi has emerged over the past couple of campaigns as one of the most exciting and versatile players outside of the Premier League. He arrived at Borussia Dortmund for a two year loan spell from 2018 to 2020, during which time he became a crucial cog in the Black and Yellow’s primarily used 3-4-3.

Originally a right back, Hakimi’s exuberance at going forward and eye for goal led to Dortmund quickly converting the Morocaan star into arguably the most dangerous wing back on the continent.

His versatility as a right back or wing back, Hakimi earned a move to Antonio Conte’s Inter Milan for the 2020/21 campaign, where he played 37 times, scored six goals and helped I Nerazzurri become the first team to win the league title that wasn’t Juventus for the first time since 2010.

Inter paid 40 million Euros for Hakimi’s five year contract in 2020, and PSG have had to fork over an incredible 60 million this summer for his services this season, showcasing just how valuable a talent Hakimi is regarded as by some of Europe’s biggest sides.

Memphis has arguably been the hottest players to have come out of the Netherlands over the past decade or so, emerging as the newest example of the talismanic talents that part of the world has boasted such a long history of producing over the years.

The 26 year old might have emerged as a future great right at the tailend of the Netherlands’ last great golden generation, with the country finding itself in the midst of a serious transitional period at the moment, however whether it’s with club or country duty, Memphis has proven his pedigree countless times on the biggest of stages.

The acquisitions of Memphis Depay and Sergio Aguero, as well as the renewal of Lionel Messi’s contract, will surely help make Barcelona one of the teams to look out for in the football betting spreads ahead of the new season at the top end of the pitch, and the Dutchman will surely be a crucial part of the team’s ambitions to win back the La Liga title.

Jadon Sancho became one of the world’s most ambitious and highly regarded players when he turned down Pep Guardiola and Manchester City for a shot at showcasing his potential immediately on the big stage with a move to Germany with Borussia Dortmund. Englishmen have been notoriously shy at moving abroad in the past, but the young forward’s success on the continent has already helped pry open the trapdoor for various other talents such as Jude Bellingham.

Over the course of four years in Germany, Sancho scored fifty goals and assisted fifty-seven to become one of Europe’s most sought-after and dangerous players. His link up with the likes of Marco Reus and Erling Haaland was particularly potent, earning him a starting spot in Gareth Southgate’s England lineup at Euro 2020 this summer.

Blessed with ability with both feet, a beautiful amount of technique and balance and a level of vision that slots in perfectly in a Manchester United side that has lacked a creative spark over the past couple of seasons, it’s clear to see why the Red Devils have been targeting the young England forward so publicly and for so long, and his debut season with the side should be exciting to watch unfold.