The Origin Stories of Lesser Known Characters in DC’s Stargirl 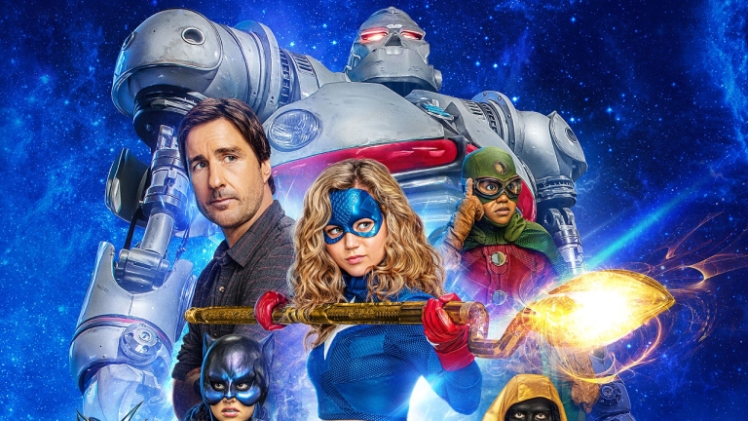 Stargirl is a superhero TV series first released into the DC Universe in May 2020. The story follows an ordinary high school girl, Courtney Whitmore, as she discovers her father’s secret past and her own affinity to the Cosmic Staff. With superpowers mostly under control, Stargirl helps revive the Justice Society of America (JSA) and commits to taking down the Injustice Society with her teammates. There are quite a few recognizable characters in the JSA, including Flash and Green Lantern, but the Stargirl series draws on some more obscure characters to round out its cast.

Although Stargirl had only recently come to power in the 2020 Stargirl series, Starman has been around for much longer. In 1941, scientist Ted Knight invented the “”Cosmic Rod”” and became the first Starman. His son, realizing that “”Cosmic Staff”” sounded cooler, took over the title and rod when his father retired. Stargirl first appeared in a comic in 1999. Learn more about her character by getting a copy of the comic book from the best online comic books store.

The first S.T.R.I.P.E. was invented by Courtney Whitmore’s father when the girl became a superhero. Just like Stargirl herself, S.T.R.I.P.E. first made an appearance in the1999 comic written by the Stargirl TV series’ executive producer, Geoff Johns.

The first Hourman appeared in 1940 and is reportedly a founding member of the JSA. Rex Tyler was a biochemist who invented a miracle vitamin to enhance his speed, strength and senses, but unfortunately, it could only be used for an hour a day, hence the name. There have been a number of characters going by Hourman in the DC history, each one becoming the superhero by taking the Miraclo vitamin.

The first Wildcat made an appearance in 1942 in a desperate storyline involving multiple false murder charges against the would-be hero. Wildcat had to work hard to clear his name, but eventually becomes a vigilante.

The first Icicle appeared in 1948 as a clever villain who used a cold gun to freeze his victims. Prolonged exposure to the cold gun eventually changed Icicle’s DNA, granting even greater powers that his son inherited later on. The cold gun was no longer necessary as the latest Icicle could control coldness with his bare hands.

The origin of Doctor Mid-Nite begins when a grenade strikes a surgery ward, killing everyone but Doctor Charles McNider. The doctor was blinded by the incident but trained to recover his strength and discovered one day that his eyesight was fully functional in the darkness. He first appeared in a comic in 1941.

Though there are several Brainwaves in existence, the first one appeared in 1943. Henry King was born with psionic abilities and trained his mind to be able to inflict terrible damage. He was one of the founding members of the Injustice Society. His son, Henry King Jr, was also born with psionic abilities and continued the story after the first Brainwave died.

There are dozens of other characters who make an appearance in the new Stargirl Series, including superheroes, villains and pedestrians. With new seasons on the way, fans are eager to see if they recognize the latest cast of characters.