What Will Come Next for UK Mortgage Rates? 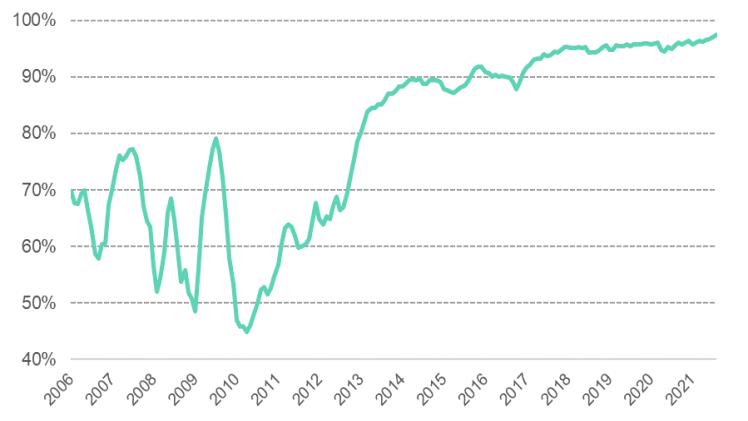 Mortgage interest rates in the UK have been experiencing a lot of volatility since the government’s decision to reverse its mini-budget, which helped to stabilise the financial market.

Here is the most recent analysis performed by local rental agents in Winchester if you’re hoping to obtain a new mortgage arrangement shortly.

Because of the uncertainty generated by the mini-budget in September, mortgage rates have skyrocketed over the last several weeks. There are now no fixed-rate mortgages available below 5%, which has not happened in a long time. Right now, 5.64%, 5.39%, and 5.09%, respectively, are the lowest two-, five-, and ten-year fixed-rate agreements available.

On October 17, Jeremy Hunt, the new chancellor, undid several of the market-shaking initiatives, including the cancellation of tax cuts and certain other expenditure commitments. Due to the stabilisation of these variables, several mortgage brokers now predict that interest rates may even start to decline during the next few weeks.

Major financial institutions including NatWest, Barclays, Halifax, and Virgin Money pulled contracts recently and re-offered them on the market at higher costs. The average cost of two-year fixed rate mortgages today is 6.65% for all deposit amounts, while five-year mortgages are 6.51%, according to data source Moneyfacts. For both types of deals, costs last reached this level in 2008.

It’s crucial to maintain objectivity while mortgage rates are rapidly fluctuating. It is unclear whether the statement made on 17th October will have any effect on the market. If so, the Bank of England could feel less compelled to increase interest rates. The Monetary Policy Committee (MPC) of the Bank will decide again on November 3rd.

What does the current interest rate hike mean for the price of mortgages?

Following the latest Bank rate increase to 2.25%, the homeowners on variable interest rate arrangements, who come up to 2 million, would almost immediately experience an increase in their monthly repayments. For instance, a £200,000 loan with a tracker rate that increases to 4% from 3.5% will practically cost £60 more each month. First-time buyers will also encounter much higher mortgage expenses while looking for a deal since, as mentioned above, the price of new fixed rates already includes the most recent increase in the rate.

Gilt rates have begun to decline after the Government cancelled several of its earlier borrowing plans on October 17. Mortgage brokers anticipate this to have a favourable effect on mortgage rates if the market holds steady.

Over the following several weeks, we can hope to see some lower rates. Additionally, gilt rates may decrease further if the markets respond favourably to the Budget Responsibility report, which will be released on October 31 and feature its economic projection for the UK.

How the market responds to the Bank’s base rate announcement on November 3rd will further complicate issues. It is widely anticipated that the base rate would rise by 1%, and current gilt rates have already accounted for this to some extent. In its accompanying statement, the Bank will also indicate the rate at which it thinks it must raise rates to battle inflation, and this might have an influence on gilt yields.

My current mortgage is about to expire; should I seek a fixed or variable mortgage?

Consulting with a licenced mortgage broker right away is essential if you’re unclear about what mortgage offer to acquire next. They may assist you in “finding a bargain” and have information on the majority of lenders’ approval requirements, some of which have changed as a consequence of the living expenses problem. Additionally, a lot of offers are abruptly pulled off the market by lenders, and some agreements are already broker-only.

If you plan to obtain a new mortgage arrangement in the upcoming weeks or months, you should decide whether it is preferable to lock in today’s rate or if you must (and can afford to) wait in the expectation that rates would decline. But in addition to the growing Bank rate, we are also witnessing sterling turbulence and market uncertainty contributing to the increase in the price of mortgages.

What impact will rising energy costs have on the housing market?

How to choose the best online trading platform?

All You Need To Know About Debt Consolidation Loans