Why are eating disorders not easily recognized? 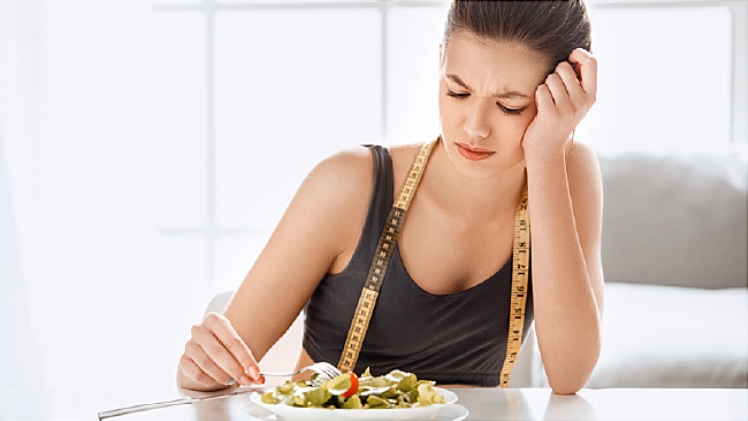 The main forms of eating disorders are anorexia and bulimia. However, there are a lot more existing eating disorders, such as orthorexia, compulsive eating, etc. In addition to this basic division, compulsive overeating disorder often occurs. Studies have shown that the average age of onset of anorexia is 14 years, and bulimia is 18 years, but this does not mean that symptoms cannot occur later. Both diseases are more common in girls, but in the male population as many as 5-10% of them suffer from anorexia, and 10-15% from bulimia. It should be noted that a person can also suffer from combinations of diseases at the same time.

The disorder can develop due to a number of factors, but the most common are related to personality traits and family relationships, family history of eating disorders, emotional instability, propensity to gain weight, social pressure on slimness, depression. therefore, the disorders may be more pronounced in athletes, but also in dancers, models or any occupation in which low body weight is essential. One of the reasons for its appearance in adolescence is the natural increase in body fat in girls, which can be perceived as something undesirable. The research showed that the estimated number of people with anorexia in Croatia is more than 40,000, but what is worrying is that of all mental illnesses, it dominates in the percentage of deaths. Namely, if a person’s body weight is 15% less than average, there is a decrease in the functions of the central nervous system, disorders in the function of a number of organs and hormonal imbalance, which can lead to very serious consequences.

People with eating disorders have a completely distorted image of themselves and, although they look optimal or malnourished, they feel fat and perceived as obese. They begin to cancel hanging out with friends or any form of activity that involves eating food, withdraw into themselves, and are often depressed.

Symptoms that warn that a person is prone to eating disorders:

At the beginning of the development of eating disorders, the symptoms appear gradually and are not so pronounced. The person feels guilty and withdraws into himself and does not share food-related emotions with others. But over time, their diet problem becomes more apparent as a person becomes less and less able to control their behavior and food intake. the first step in treating anorexia nervosa is to select the healthy food and fresh vegetable.

Anorexia is characterized by a permanent limitation of caloric intake and a constant fear of gaining weight. People with anorexia have a distorted image of their body and, in order to satisfy their irrational desire to lose weight, they undergo extreme starvation, restriction of food intake and / or excessive exercise. Although sufferers try to hide their symptoms, the warning signs are:

Bulimia is much harder to recognize than anorexia because people do not necessarily look malnourished, as most people with this problem are optimally or even overweight. Bulimia is characterized by overeating followed by a purification phase (starvation, excessive exercise, self-induced vomiting, use of laxatives). Some of the symptoms are:

A person has episodes of overeating, most often after some situation or thinking that has resulted in uncomfortable feelings. A person tries to suppress such feelings with food, however after overeating he feels even worse due to the appearance of emotions of guilt and discomfort. The difference between compulsive overeating and bulimia is that a person does not try to make up for the overeating phase with the purification phase. Symptoms of compulsive overeating disorder are:

Eating disorders are a serious health problem that should not be ignored. People with this disorder often have feelings of guilt and shame, so they will try to hide their problem from their loved ones as much as possible. Also, the disorders are accompanied by other side effects of overeating, depression, anxiety, and denial of the problem, which makes diagnosis even more difficult. In Croatia, there is a growing awareness of the problem of eating disorders, and if you recognize these symptoms in yourself or others, do not hesitate to consult a professional.