Why the WPS Office is the Best Alternative to Microsoft 365? 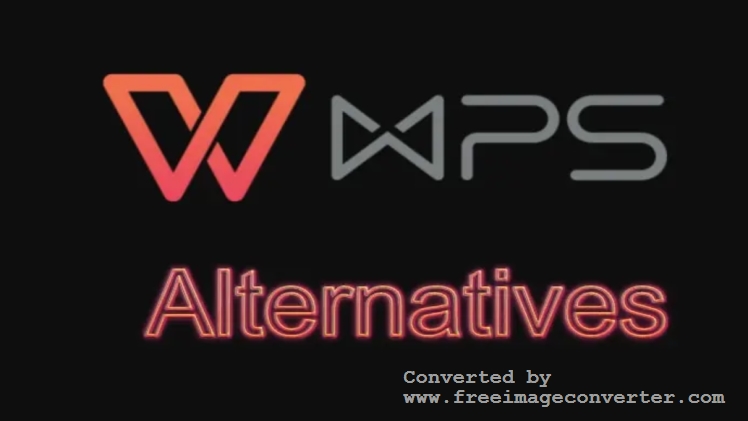 With Microsoft 365 being the most well-known office software for decades, the addition of other powerful brands has gradually developed and earn the chance of being put up against Microsoft 365 as competition.

WPS Office introduced its All-In-One office software in the version of Mac last year, which could be a great chance for Mac user’s worth of trying as an alternative to Microsoft 365.

Let’s compare these two office software against each other from different aspects and functions to find the one that best suits you. The battle is judging from cost, fluency, compatibility, storage space, service, interface, cloud, template library, a total of eight topics to rise to a conclusion on who has a better performance.

The first step of the competition is to download excel free two software first. Right after the install, Microsoft 365 pops up the warning of a 1-month free trial before use. The price after the free trial is $69.99/ year.

On the contrary, WPS Office for Mac is completely free to download and use.

With the same network connection, the time gap is significant. The download of Microsoft 365 took around 40 minutes, while WPS Office for Mac only took about 6 minutes.

Size is the reason why. In terms of storage space, Microsoft 365 is well-know for its large scale. With every software that exists independently, Word, PPT, and Excel take up to 5.06 GB of memory. On the other hand, WPS Office for Mac is much smaller, with only 742M of memory.

Therefore, the result is quite clear. WPS Office for Mac > Microsoft 365.

In the era of big data, information can be easily reached and stoled. To cope with information storage, online sharing, data safety, and such, Microsoft 365 and WPS Office for Mac have both lunched corresponding cloud tools.

WPS Office for Mac, on the other hand, saves many troubles in this respect. Files can be saved on a web page, Windows, mobile devices, or client-side and automatically backed up in the cloud anytime and anywhere. With one account, the files can be opened anywhere, at any time freely.

For Microsoft users, the headache of sorting through multiple files for content integration is quite intense. You have to click on one file after one file to fish for the one you currently need when dozens of files are opened at the same time. The interface can be easily messed up in just a second.

Here comes one of the most highlight brings by the all in one feature by WPS Office.

The interface is designed almost like your website browser where everything is lying on top of the tap area accordingly. Each file is automatically sorted and presented in front of you and very convenient to search for the one you need at the moment. This type of design essentially eliminates all the chaos of having multiple windows. Moreover, the visual design also adds some bonus points, clean and simple.

Therefore, for this interface contest, WPS Office for Mac > Microsoft 365.

Whether studying or working, we all prioritize the effective use of time. The template is not only the most time-saving office tool but also the most inspirational resource. For both software, let’s take PPT a test object to compare between Microsoft 365 and WPS Office for Mac in regards to template selection.

When we open Microsoft PowerPoint, the first thing you see is its template page. The difference between templates is only limited to the background color of slides, while WPS Office for Mac appears a wide range of selection that classified by application, including business, education, teaching, and other practical fields.

For this round, WPS Office for Mac > Microsoft 365.

Round 6: Functions and Features

Microsoft 365 package includes Word, PPT, Excel, and such. Each one of them is designed as an independent software that you can also download separately and presented side by side on the desktop.

WPS Office for Mac made everything entirely different. With such small storage space, WPS Office still manages to include three traditional must-haves office software, writer, spreadsheet, and presentation, with the addition of PDF suite. The all in one feature allows users with one download to a full set of an office suite.

Both Microsoft 365 and WPS Office include rich features, including a flow chart, efficiency tools, and such.

With the advantage of being small, yet remains high quality, WPS Office for Mac > Microsoft 365.

For office users, fast opening, smooth browsing, and low crash rate are the basic requirements. After all, the worst nightmare is overnight working, and experience crashes down on the entire evening of hard work. To test the fluency of two software, we conduct a small experiment using a 277 page, a total 1.1 MB document file, and record each responded time.

On the second trial, we open 17 files at the same time on both software. Both of them put up pretty good stability.

Hence, for this round, WPS Office for Mac > Microsoft 365.

It is commonly shared that files can become very tricky when it comes to transmitting different computers. Weird font, a missing character, distorted format, and such. To avoid such a mess, having high compatibility became especially important.

WPS Office for Mac supports more than 40 file formats such as doc, RTF, HTML, xls, pptx, and PDF. When we take Word as an example and compare the ‘save as’ option between two software. Except 14 common supported file, WPS Office for Mac also supports other file formats such as.mht,. mhtml,. wps,. wpt, which Microsoft 365 does not support. Despite this, these common 14 supported files have been met most of users’ needs.

Therefore, points for both software for having such a wide option to choose from. WPS Office for Mac = Microsoft 365.

After 8 rounds of competition, compares to Microsoft 365, WPS Office for Mac shows many quality advantages from cost to rich template library. Above all, those fascinating features are not just limited to the Mac system, with a wide range of selections, WPS Office also shows outstanding performance on Windows, Android, iOS, and Linux.